Well, the gang got together again for a foray into the Moathouse's lower levels. 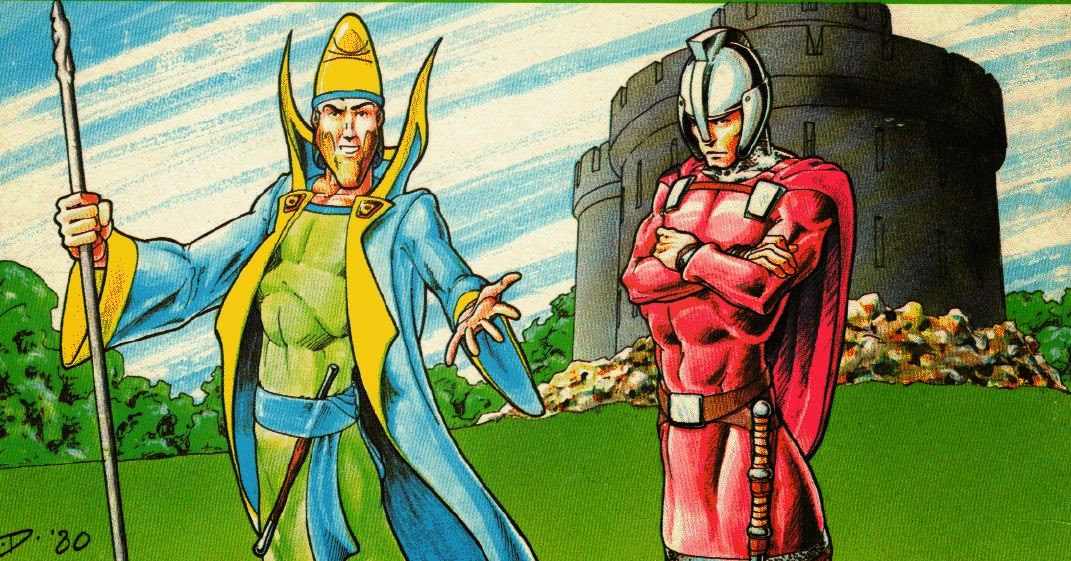 On Greyhawk, Godsday is a day of rest and spiritual worship. The weather also turned for the worse with a total rainfall for the day measured at about 1.5". The monk spent the day meditating, and  Brandy went to services at the Church of St. Cuthbert. After lunch, a guardsman came and delivered an invitation to the Castle to have dinner with Sir Rufus and his mage Burne.

Rufus questioned the party about their attacks against the bandits and offered to end two of his men with them in the morning.

As dawn broke, the rain continued and the party waited until the rain broke to set out. Arriving at the Moathouse, they went down the stairs to the lower levels. The astute Hobniz noticed the green slime at the bottom and measures were taken. The party then ventured into the dungeon area and managed to take care of the zombies although it got hairy at several points. They then searched the torture chamber and failed to find anything of note. In the attack against the ogre, one of Rufus's men was taken out; the secret panel was found as was the secret stairway leading back up. The gnomes were rescued and the armory found. It was decided to return to Hommlet and try to find a farmer with a wagon to hire to bring all the rest back as a donation to the town's militia. A farmer was found who hired out his wagon and two older sons (militia members) to haul the weapons and armor back.

The party set out with a light rain that broke after an hour or so. All of the booty was secured and, as the party set out for Hommlet, a group of six gnolls, led by Turuko and Kobort attacked from ambush! Rufus's other guard dropped (unconscious at 0 hp), and Brandy was fighting hard, taking hits. The Mage Jason fell, unconscious but not dead and Spugnoir was able to cast sleep and drop 3 of the gnolls. During the thick of the fighting, Zert tuned on the party, back-stabbing Sidron the Elf cleric!Eventually, all are felled save Kobort who surrendered.

The party bound their wounds and returned to Hommlet. Kobort was turned over to Rufus as was the gains from the armory. Rufus said that he understood that it was a donation, but he was once an adventurer as well and gave teh party a black pearl for the haul as well as permission to whatever Zert, Turuko, and Kobort might have left behind in their rooms at the Inn (that would be Zert's lockbox of monies).

Email ThisBlogThis!Share to TwitterShare to FacebookShare to Pinterest
Labels: Hommlet, Swords and Wizardry