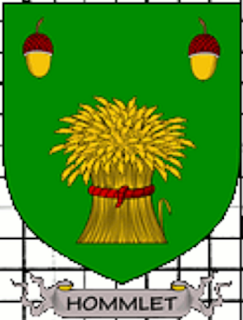 Well, Session Three was successfully completed. Everything went fairly well; everyone's getting the mechanics down pretty well. We did have a couple drop this time when fighting, but no deaths; the party is getting their tactics for room clearing down and are learning to be stealthy when needed.

Since Richfest is winding down in Hommlet, I decided that we'd have a turkey feast of our own to put us in the mood. And, yes, I ate a hunk of turkey skin before taking the picture; I'm the cook, sue me. :)  So, without further adieu, let's recap! 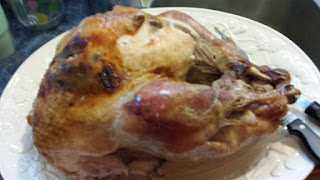 The Cast of Guardians of the Polar Bear

So at noon, Jaroo lead a service at a funeral pyre for the fallen dwarf. The gauntlets were never recovered.  After the noon service, the party attended the emergency Council meeting over the current humanoid problems. The Council is split: half the Council wants to concentrate on defense (Justice, Jaroo, Ostler, and the Miller), and the other half wants to proactively hunt these fiends down (Terjon, Rufus, Burne, Jaimie). 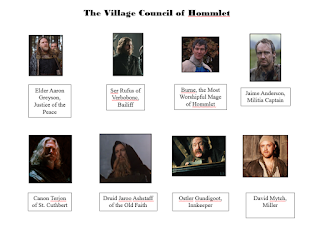 The Council offered the party the job of searching them out, and they  agreed to go. The party decided to look for the goblins to the northwest, especially after Elmo stood up in the meeting and said that he just returned from a hunt and some goblins near a cave about 27 miles in that direction. So, it was decided to go that way the next morning.

Ok, since I am sandboxing this, so I'm borrowing material from lots of place. For this leg of the adventure I used a modified Temple of the Nightbringers, available at the DM's Guild. Shar was replaced with Lolth, mostly because I could and there is no Shar in Greyhawk! Of course, before the cave was reached, they came across Wuzig. 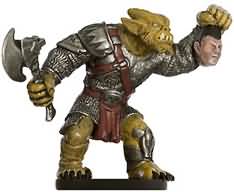 About 7 hours out of Hommlet and about 2 hours from the cave, the players came across a "bridge" across a forest stream; it was actually less a bridge and more of a fallen tree. As they started to cross, a huge bugbear ran out of the woods from the other side and yelled, "This Wuzig's bridge. You can't pass."

Taken aback, the party, somewhat cautious since the orcs of last week, discuss whether to attack or what. Zoel decided to try to negotiate, and Wuzig demanded 5 gold a head for passage. Zoel managed to barter him down to 1 gold a head and a trinket brooch that he had, Mission accomplished. And now I have plans for Wuzig.

The adventure was fairly standard. A small goblin warren with a few other encounters. The important part was that the party defeated a goblin chief who was wearing a strange obsidian mask which appeared to be dedicated to Lolth, the Spider-Queen of the Drow! That, and along with some treasure that was also of Lolth religious items, were brought back to Hommlet.

On their way back, they came across Wuzig at the bridge. this time, he was merrily whistling and working on what appears to be a barricade and a sign. This time, they happily paid him the 25 gold total out of their treasure and left him to his work.
Posted by Anthony N. Emmel at 3/07/2016 02:48:00 PM No comments: