Well, I'm working on painting up a whole Marian Legion. Here's the TO&E for what I'm currently working on: 40 vehicles and 'mechs. This is my snapshot of the Legion's Second Cohort as of 3085. Prior to the Jihad, the IV Legio had already been through the meat grinder and the II Cohors was down to 1 full maniple of Mechs (2 centuries of 5 mechs each). The other maniples had "light recon" mechs with the centuries filled out with vehicles, especially Saracens and Saladins. The IV Legio is described throughout the different books as a fast response unit that prefers hit and run tactics. It weathered the Jihad fairly well and made it through with 85% strength; by 3085, it's listed as 105% of strength.


Most of the mechs in the entire legion are old school designs. By canon, only 15% of the 'mechs have been upgraded. It is unclear to what level. For instance, is a 3050 variant an upgrade or not? I have erred on the side of caution and only 3 mechs out of the 15 are "modern" (defined as 3050+ designs). Also, the numbers are a little higher becuase the II Cohors is listed as a "reinforced" cohort; I've added a "combat support" maniple (the IV Maniple).


My supposition is that the Marian High Command has decided to fill out the TO&E but keep its peculiar vehicle-heavy formation as an experiment (and a cost saving measure, as well). It's almost like an RCT on a battalion level but with an almost C*-like Level system with a Clan base of 5 units instead of 4 or 6. Also, there are no infantry units becuase each legion has an attached Auxiliary Legion from which the infantry assets are drawn.


Everything below is available to the Hegemony with one small exception noted below.


Note also that anything with a * is a mech I own. The others (mostly vehicles) I need to purchase. 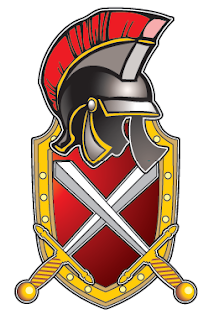 
The I Manipulus is the command maniple and is surnamed Grandines or "hailstones" because of the first Century especially: it is made up of AC-using units. It is most assuredly "dakka-dakka" and follows up the II and III Manipuli.


II Manipulus is surnamed Vertex or "Whirlwind" for the speed and ferocity of its attack. Each century is supported by a Locust for 'Mech support and a Fulcrum for ECM ability. I wanted light mechs that could keep up with the hover vehicles, so I am somewhat limited in my choices. This is the Vanguard unit that sweeps in fast.


The II Manipulus is surnamed Fulgur or "Stroke of Lightning." In Latin, this is not the bolt itself, but the flash and power of the strike; it can also mean "Glory." This maniple strikes after the II, punching through the softened-up defenses and paving the way for the I to mop up. Again, I needed light 'mechs to keep up with the hover tanks and the Spider is quick. Also, there are fulcra for ECM support.


The Kanga is the one thing that shouldn't be here per canon. All Kangas were destroyed in the Jihad and even then there was a mere 50 or so in the hands of Comstar and the Word of Blake. This is one of the non-jump capable units, downgraded to a pure hover vehicle at some point during the Succession Wars but with a better AC. I wanted to add a little color to the unit and this is the Cohort's punishment vehicle. It's kept running with spit and baling wire. Frequently heard in the II Cohors is this admonition to FNG's: "Hey, don't tick off the legatus or you'll be serving on 'Big Bertha' in the next assault."


This is the extra maniple for the cohort and is pure support. It is surnamed Boanerges or "the Sons of Thunder" which is the title given by the Lord Jesus to the two brothers James and John. And that is what this maniple brings: thunder and lightning from above. The I Centuria is supported by the Panther as a bodyguard but we have 6 PPCs and two of the Hegemony's shiny new Heavy LRM carriers. The II Centuria is air support: some striking and spotting. The Karnovs are the Periphery gunship variant.


And there you have it. I can't wait to field this. 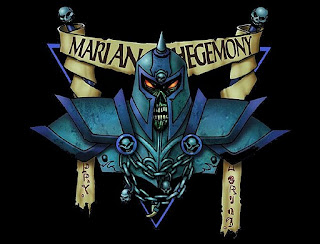